As word spread on Martha’s Vineyard Wednesday that more than 40 migrants had been flown to the island unannounced, residents sprung into action. Martha’s Vineyard Regional High School dismissed a group of AP Spanish students to help translate. A boutique hotel delivered a bundle of guest amenities. Restaurants supplied mountains of food, free of charge.

In the political fight over immigration and the crisis at the border, the Venezuelan migrants were pawns. Here, they were people, tired, hungry people who needed help.

“If we can help humans, we’re going to help humans. I don’t really care how or why they’re here,” said Jon “JB” Blau, whose Edgartown restaurant, Sharky’s Cantina, planned to send a heap of vegetarian and meat-filled burritos and other items for dinner Thursday. “They were lucky they were sent to a place that has lots of people who care.”

At first, Tim Dobel felt somewhat helpless. The migrants’ needs for shelter and medical attention, not to mention the immigration politics that landed them on the island, were well beyond his control. But he and the staff at Mocha Mott’s in Vineyard Haven could make sure they had a hot cup of coffee to keep them warm.

“These people are so exhausted and feel used by the people that sent them here,” said Dobel, who co-owns the Vineyard Haven coffee shop. “It’s the least we could do.”

Read the full article on BostonGlobe.com. 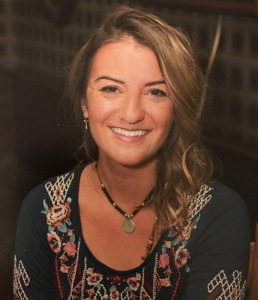 JOURNALIST Hello! Welcome to my page. I am currently a digital producer and writer for The Boston Globe where I handle all things digital for the Living Arts section. Prior to The Globe, I was a producer for Boston.com, and a reporter and editor for the Martha's Vineyard Times. I cover a variety of topics but tend to gravitate towards health and wellness, social issues, and lifestyle and entertainment stories. My writing has appeared in the New York Times, the Boston Globe, the Martha's Vineyard Times, Boston.com, Vineyard Visitor, Edible Vineyard, and Arts & Ideas Magazine. Thank you for visiting my site - stay awhile!